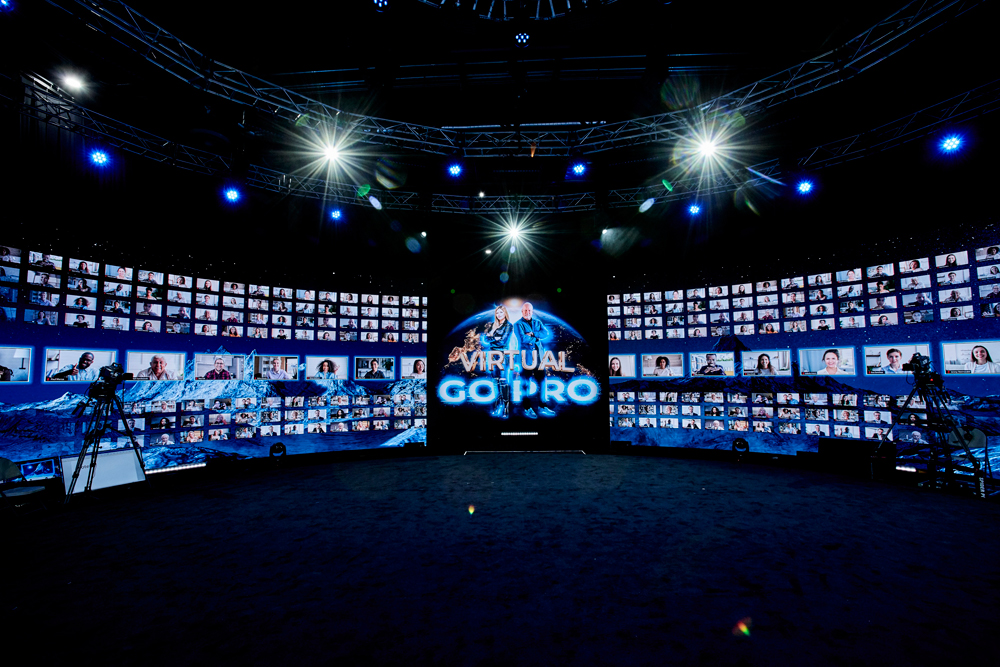 Due to COVID-19, Worre Studios Founder and CEO Marina Worre required a virtual space to host multiple upcoming events which had been scheduled to take place at the MGM Garden Arena. Unable to find a space and set-up suitable to hosting and interacting with tens of thousands of attendees, Worre, a seasoned entrepreneur and event producer, took on the challenge herself. With just three months until the first event was to take place in December 2020, it was all hands on deck to ideate and design, and then just 70 days for creation and install of the 25,000 square foot production studio and event space.

The space required broadcast-quality audio, video equipment and displays, capable of hosting live events with real-time interactivity between hosts and attendees. “The most important aspect in designing the studio was to create a space that gave every attendee a front row seat, as well as the ability to interact with the event hosts,” says Worre.

The project began in mid-September 2020, with Advanced LED Displays sourcing LED, trusses, and lighting for the space. “Most LED takes 60 to 90 days to manufacture, so that was a big obstacle right out of the gate. And then determining how long it was going to take us to build it, and install all of the other pieces,” says Art Martinez, VP, Business Development, Advanced LED Displays.

Martinez and his team designed free-standing curved LED walls. “The walls grew in size, and tightened in radius,” says Martinez of the installation. “At that point, we knew we needed some serious processing to handle it – and most processors can’t handle a wall of this size. It was not an option to do anything other than the Spyder X80.”

The Christie Spyder X80 multi-screen windowing processor can control up to 80 million pixels with 24 inputs and 16 outputs, and with image processing in 4K@60Hz. One Spyder X80 was installed to drive content to the wall, and one as a back-up.

Two of the video walls are 73 feet wide by 14 feet tall, and curved, and the other two are 25 feet wide by 14 feet tall. “After the walls were built, Marina asked if I could move one of the large walls to the other end of the room to accommodate space for an audience and prepare for hybrid events in the future. I accepted the challenge and designed a set of tracks recessed into the concrete floor for one of the large walls to move across the room,” says Martinez.

The result is a studio capable of in-person, hybrid and virtual events, where presenters can seamlessly interact with hundreds of thousands of participants virtually, reach millions through pretty much any social media channel, stream through platforms including Twitter and YouTube, as well as host a live audience.

“Events are fully interactive, and we host guests from all around the world – and with our real-time translation platform, we’ve removed the language barrier so everyone can have the same live experience,” says Worre. “The studio was built for our needs originally, but given its success and the demand for a pliable space with this technology, it’s now available for any event. We have hosted seminars, done product launches using the Spyder that reached more than 10 million viewers, and we even recorded a music video.” 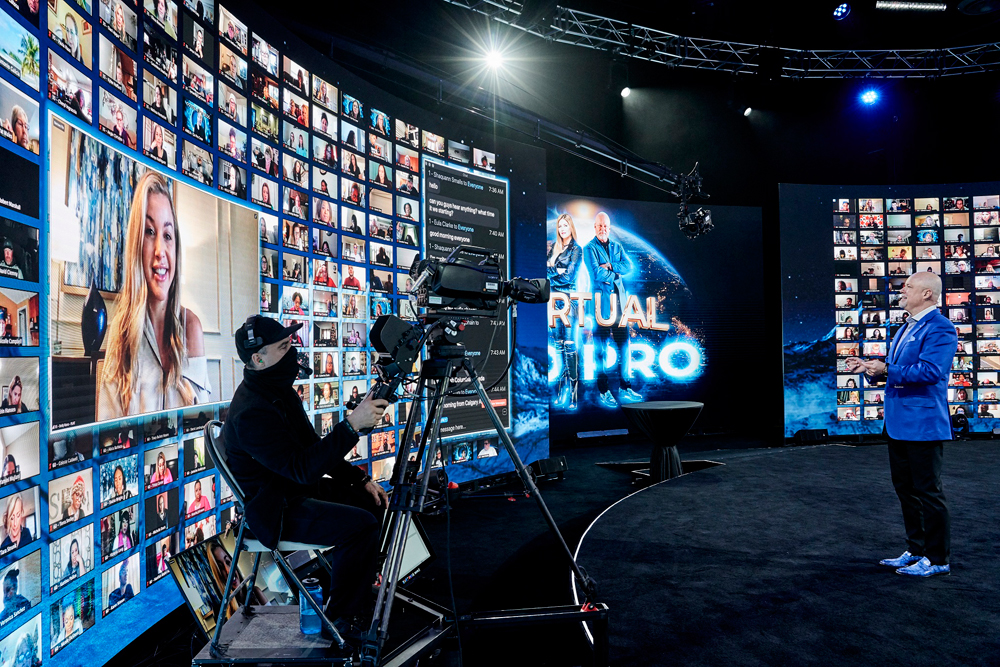 As a result of these needs, selecting a processor that was not only reliable, but had space to handle additional inputs and outputs as needed, was a requirement. “At Agility AVL, we design and build a lot of sports books, and the Spyder is always our go-to because of the number of layers, up to 24, and the options we have on inputs and outputs. It’s something only the Spyder has. And the fact that it can handle 80 million pixels.”

“There’s nothing that has been built like this in the world,” says Martinez of Worre Studios. “For us, it was always Christie Spyder. It’s the only product that I know will work flawlessly and continue to run day in and day out without problems.”