After receiving my recent Annual Workforce-Workplace Forecast, one of my long-term subscribers sent me a long email requesting that I cover what she described as “the elephant in the room”—wages. 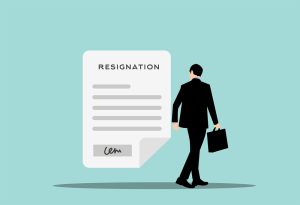 Some Companies Have Discovered the Painful Truth

During the last few years, some companies came to the revelation that it wasn’t worth it to continue to manufacture offshore. As I have reported so often over the last decades, enterprises encountered numerous issues including quality, language differences, and cultural disconnects.

Homeshoring and Lakeshoring to the Rescue

To make matters worse, recently, if they had not already homeshored, they have encountered major logistics challenges fueled by the global supply chain problems. Not surprisingly, and I have forecasted this development as well, more companies are either homeshoring or opening new factories in the United States to serve the domestic supply chain than have in years. These wise lakeshoring organizations are locating plants in lower-cost regions of the US where there were higher rates of unemployment and a labor force dedicated to a strong work ethic, including Ohio (Intel) and the Midwest. Sedgwick, the worldwide leader in claims management, learned that lesson a long time ago when it located a claims center in Des Moines, Iowa.

Pressure on Wages is Real

Earlier this month, the CEO of JP Morgan Chase & Co. Jamie Dimon was quoted as saying he sees a “huge pressure on wages” for the first time in his life. In his television interview, he talked about having to pay more to attract the talent his company wants and needs. And he is not alone. Even more recently, a survey from the National Association for Business Economics reported a record 68 percent of respondents reported having to raise worker pay, while 77 percent expected higher wage costs over the next three months. Moreover, 57 percent of the respondents reported shortages of skilled labor, up 10 percentage points from their October survey. And a good percentage anticipate labor shortages to extend in 2023 or beyond.

Drivers of The Great Resignation

One of the major drivers of The Great Resignation is salaries. Wages had remained relatively stagnant for years. When companies began to reopen after COVID, many of their employees chose to leave their employ, rather than returning to a workplace where they would not feel safe and/or appreciated. Many workers, especially young minority folks, changed their thresholds for the level of bias they were willing to accept. Others left because their employment no longer matched their values. Still others left because their salaries were inadequate to support them. In some popular areas, like my hometown of Austin, the rents rose exponentially.

What Responsible Employers Can Do

Paying workers more may not seem like an option for some employers; however, in the absence of increasing salaries, those leaders may discover that they are simply unable to recruit the people they need to serve their customers or manufacture the products. Yes, this increase in wages is promoting (and will continue to promote) inflation. However, until we have robots that can perform the same functions that humans can, we will need to pay people a living wage. My advice to employers is to discuss the problem with your people and ask for their help in developing solutions.

Having decided that they no longer want to work for a company where they felt unappreciated, a large percentage of people have struck out on their own, many choosing to be solopreneurs. An example provided by my reader is the licensed vet tech who now comes to her home to groom her pets and cut their nails. A former employee of Petco, this young woman decided she wanted to make her own hours. She now earns many times more, enjoys her independence, and has a waiting list of clients through her Facebook presence and word-of-mouth. As a category, personal services will continue to burgeon.

Back to Solutions for Employers 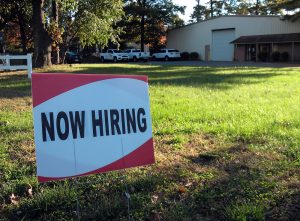 Sometimes, there are other things employers can use to offset differences in compensation. Some examples are childcare and/or eldercare on-site or subsidized off-site; flexibility of place, space, and hours; laundry on site; free or subsidized meals; one month vacation with pay; subsidized loans or education; contributions towards student loans; greater autonomy; stipend towards transportation; subsidized housing; and the list goes on.

Smart employers will recognize that one size does not fit all. Create a value proposition for each of your employees specific to the individual. Yes, it will require a huge investment of time. However, trust me, it will be a lot less expensive than replacing that employee.