RIP software and i-screen technology, which combine to deliver high-quality output and high-speed printing and an increase in productivity up to 200% over the XPJ-1641SR. 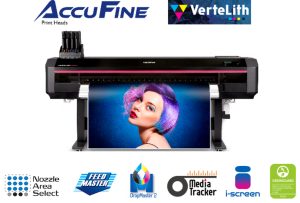 Other key features of the XPJ-1641SR Pro include: