Here we go again! As the Supreme Court of the United States (SCOTUS) prepares to take up another sign code case—the second since 2015—we wait to see the impact it could have on our industry. If history is any indication, it could become a tremendous opportunity for the International Sign Association (ISA) and the industry to work closely with local officials and planners to develop reasonable sign codes. 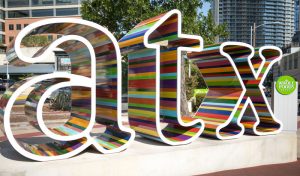 The International Sign Association has been involved in this case joining several organizations in filing a joint amicus brief detailing why we believe the distinction between the two types of signs is permissible.

Interestingly enough, our partners in the brief included Scenic Texas and several Texas-based chambers of commerce. We have long partnered with chambers of commerce in pursuing our joint interests; on the other hand, we almost always have found ourselves on the opposite sides with Scenic groups. But in this case, the alliance made sense.

Ever since the Reed ruling, ISA has argued that the traditional regulatory distinction between on-premise signs and billboards is location-based and not content-based.

A ruling overturning Austin v. Reagan would leave intact these important distinctions between on- and off-premise signs. However if the Court upholds the 5th Circuit’s decision, every state Department of Transportation regulation and local sign ordinance that differentiates between these two kinds of signs will have to be brought into compliance.

We’ve been down this road before.

In 2015, when SCOTUS delivered the Reed v. Town of Gilbert ruling, there were concerns that communities might take a knee-jerk approach to limiting all signs to meet the new standards.

What we have found couldn’t be further from the truth.

The International Sign Association, working alongside the Sign Research Foundation, has taken a collaborative approach. We have trained thousands of planners and local officials on Reed, helping them not only understand how to apply it in a way that meets the legal requirements but also that helps their business communities.

In some ways, it has been a gift that has enhanced something ISA has long been working for: a relationship with the planning community based on trust and credibility. Planners consider ISA a resource and often reach out when beginning a local sign code revamp. What a luxury to not only be able to offer assistance but also to point them to SRF research that can show exactly why we recommend what we’re recommending.

Some communities have opened up to electronic message centers after previously forbidding them. Others have used ISA and SRF research to increase sign heights, allow for more window signage, and streamline their local permitting process.

It’s never wise to try to read the tea leaves out of SCOTUS, but there are a few things worth noting.

In the 2015 Reed ruling, the court unanimously decided that the Town of Gilbert could not distinguish between temporary signs. In a concurring opinion, Justice Samuel Alito specifically called out the distinction between on-premise and off-premise signs, noting, “I will not attempt to provide anything like a comprehensive list, but here are some rules that would not be content-based…[r]ules distinguishing between on-premises and off-premises signs.”

Alito’s opinion was co-signed by Justice Anthony Kennedy, who has since retired, and Justice Sonia Sotomayor, who remains on the court. Six of the nine justices who affirmed Reed remain on the court.

While Reed provides the most recent example, ISA has long believed cities should have the ability to distinguish between on- and off-premise signs. Each type of sign has very distinct capabilities and purposes, each targets a specific audience, and each has traditionally been treated under separate legal and regulatory regimes.

As far back as 1981, the Supreme Court allowed for differences between these two types of signs in Metromedia v. San Diego. The Metromedia distinction is still a well-accepted legal principle, and Reed did not overturn any aspect of Metromedia.

The International Sign Association believes that sign codes that regulate location, as those involving on-premise versus off-premise signs, are not content-based restrictions; they are place-based restrictions. Regulations singling out off-premise signs, for example, don’t apply to any particular ideas or viewpoints; they just regulate the locations of these signs generally.

Locational restrictions fall under the traditional “Time, Place and Manner” regulations that have been accepted for decades and that were spoken of favorably in the Reed decision.

Because of these rulings from the United States’ highest court and the practical and traditional considerations that have governed these kinds of signs for generations, ISA believes communities should be able to enact and enforce distinctions between how they treat on-premise signs and off-premise signs if they so choose—including EMCs and digital billboards.

As we move toward arguments sometime this fall or early winter, this is a case that will definitely be worth paying attention to.

David Hickey is vice president of Government Affairs at the International Sign Association. You can contact him with questions about this or any other sign code issue at David.Hickey@signs.org.